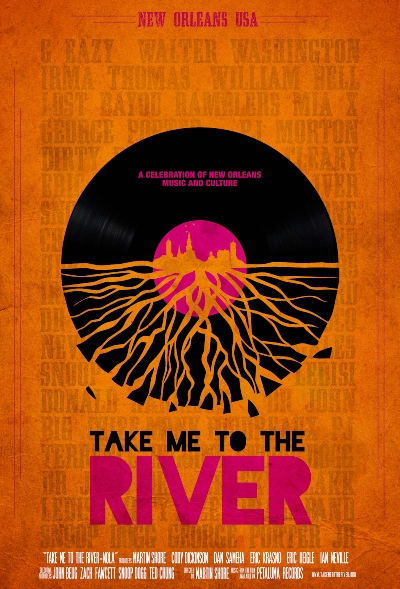 Take Me to the River New Orleans is going to be the Avengers: Endgame for jazz fans.  Over the course of its runtime, we get candid, informative interviews with many of the great jazz legends who have helped make the genre what it is and see recording sessions where they all make the musical magic happen.  Again, while I’m not well-versed in musical history or its importance to the culture of New Orleans, I can say that Take Me To The River does its job of giving a look into that world within our own and giving some toe-tapping tunes along the way.

Narrated by John Goodman and utilizing interviews, taped recording sessions at Preservation Hall, images, and archived musical footage, we are given the history of jazz across the generations and its continued impact on various musical genres, artists and New Orleans as a culture.  Through good times and bad, the music is always there to uplift, inspire, and create a familial culture between people unlike anywhere else in the world, and it’s still going strong today.

Take Me To The River is the kind of film that doesn’t fully connect with me, but I can tell it’s going to with others.  Nearly every interviewee is a multi-award winner or nominee who changed the game for music in New Orleans who speaks with great passion about their careers and the impact both they and their music has had on the world.  The film communicates the familial bond that New Orleanians have with each other over this music and how its reach has influenced other popular artists today.  It’s a fine piece of musical history that should entertain its target audience and may inspire some newcomers too.  If you’re a jazz fan or in any way a music aficionado, Take Me To The River is absolutely singing your song.  If not, check it out for the info on how culturally impactful it is.  You’ll be surprised.  See it.