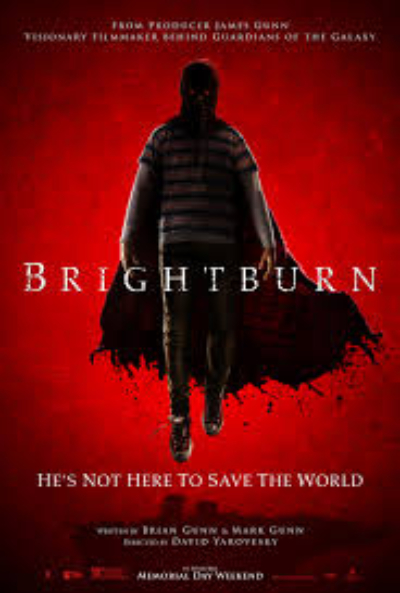 3.4 out of 5 stars (slightly above average) Brightburn is Not a Superhero movie.  It may be about a young boy who crash-lands on Earth from an alien spaceship to two well-meaning farmers, but this kid is no Superman.  He’s a ruthless killer with superhuman abilities.  Brightburn is a fun, bloody horror spin on the… Continue Reading 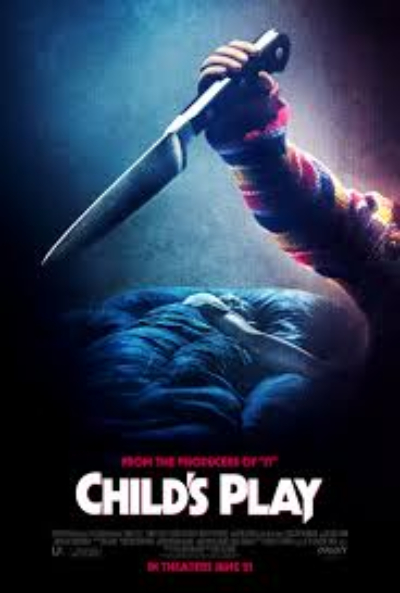 3 out of 5 stars (average) Child’s Play is one of the better modern horror remakes.  A reboot of the ongoing slasher series about a kids’ toy possessed by a serial killer, this film trades in the supernatural for technological horror and has unexpected dark humor.  Add iconic voice actor Mark Hamill as Chucky and… Continue Reading 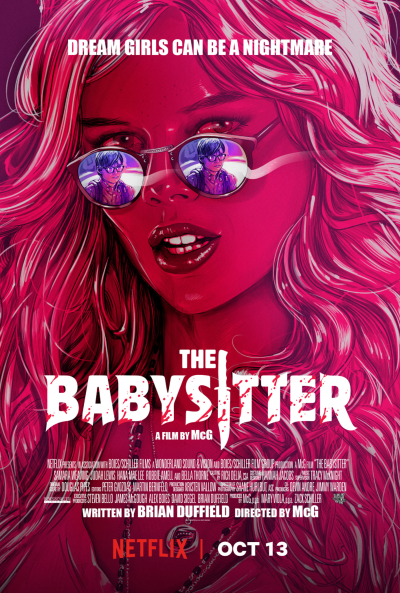 2.5 out of 5 stars (Decent) This review was requested by Michael Deak.  Thanks for keeping the laughs coming. Growing up, I had two fabulous babysitters.  They would play action figures with me, dress up barbies with my younger sister, and keep us entertained until our parents got home from Bunco.  I can almost assure… Continue Reading

In 2009, the screenwriter for Juno (Diablo Cody) wrote another teen film, this being the horror-comedy Jennifer’s Body.  Again, I was too young to see it, but I loved the idea.  The ads wanted you to know that this was from the writer of Juno, a fact that I ignored because it didn’t matter to me at that time.  Jennifer’s Body is a decent teen flick, but doesn’t fully succeed because it’s too afraid to go all out on its gleefully dark/comic premise.

The story follows Needy (Amanda Seyfried), a nerdy mousy teen who has been BFF’s with Jennifer (Megan Fox) since childhood (“Sandbox love never dies”, as she puts it). Despite Jennifer being the equivalent of Kim Kardashian, she and Needy’s friendship powers on, much to the questioning of Needy’s boyfriend Chip (Johnny Simmons).  He tells her that Jennifer controls her life, but Needy doesn’t really see it that way.  Oh, the naivety of blonde girls in movies will never cease.

Jen coaxes Needy to skip a date with Chip so they can go to a rock concert for new indie band Low Shoulder.  Needy notices they’re creeps, but Jen seems very fascinated with them.  Before Needy can persuade her friend that these guys give her the heebee jeebees, the bar at which they’re playing burns down, killing several people.  The girls, along with the band, escape the blaze, but a shocked Jennifer gets in the unmarked, suspicious-looking van with the band members, who then drive off.  If that weren’t suspicious enough, the next time Needy sees her friend, Jen vomits black CGI ooze on the carpet before just walking away.  The next day, Jennifer appears at school as if nothing happened, thus disturbing Needy.  Needy must discover what’s wrong with her friend, who seems to have developed a more literal “taste” for men, before it’s too late.

This movie does a few things right. First, it seems like a realistic enough high school, with kids who look 18 or 19 instead of 30, something that is exceedingly common in movies about “teenagers”.  Second, the dialogue is fun and snappy most of the time, save for a few Juno-esque moments (where the characters suddenly give small soliloquys out of nowhere) that took me out of the movie for brief moments.  Fox and Seyfried work well off of each other, creating a believable friendship despite the script rushing through that aspect in the opening minutes.  This movie proves that good chemistry between actors can overcome a medium-level script.  I also cared about the other characters, a reaction that I can’t get from many modern horror flicks.  The special effects are also decent, though they are starting to show their age.  Finally, though not all of the comedy works, the stuff that does hit is funny.

Unfortunately, the horror element doesn’t work very well here. This movie should have been an absolute gorefest, but instead cuts away from the scary actions happening, only allowing us to see the bloody aftermath of the attacks.  This is a problem because the scary scenes have good buildup, but cut away right when the good stuff is about to happen (Think Godzilla 2014).  The difference is that Godzilla was more of a human movie, but this is supposed to be a supernatural horror film.  Supernatural horror films need gore, and this just doesn’t deliver enough.  The other issue I have is the rock soundtrack.  I like rock, but most of the songs chosen seem out of place, save for the awesome instrumental during the climax scene.  It would be like if Radioactive played in a scene from Ratatouille: It’s a good song, but it wouldn’t go with the film.  Musically, the instrumentals work wonders, something that many modern horror films get right.

I think the filmmakers were too afraid to go all out on this movie: It could have been something like Scream, a film which combines scares and dark comedy expertly.  I really wish this movie could be better than it is.  Watching it, I was thinking what I would have done to improve the movie.  I would have chosen different songs and increased the gore a little bit.  I mentioned that some of the comedy doesn’t work, mainly the soliloquys.  I swear, more than once, the girls will go from talking like regular teenagers to randomly spewing out dialogue that sounds like something Juno would have said.  Very few people can make teenagers consistently witty and make seem normal, and Cody isn’t one of them.  I suggest that she watch Buffy the Vampire Slayer or the new Doctor Who series.  Those were able to consistently blend smart and witty dialogue with horror elements very well, one of many reasons why I love them both.